Microsoft announced the general availability of a new series of Standard tier instances called the D-series for Virtual Machines and Cloud Services on Microsoft Azure.

These instances have solid-state disk (SSD)-based local drives and faster processors relative to many of the A-series instances. The D-series instances can be used as VMs, as well as web or worker roles in Cloud Services, and are well suited for applications that demand faster CPU performance, local disk performance, or higher memories. Please note that the SSD drives in the D-series are non-persistent.

Following are the CPU, memory, and disk configurations of the D-series instances: 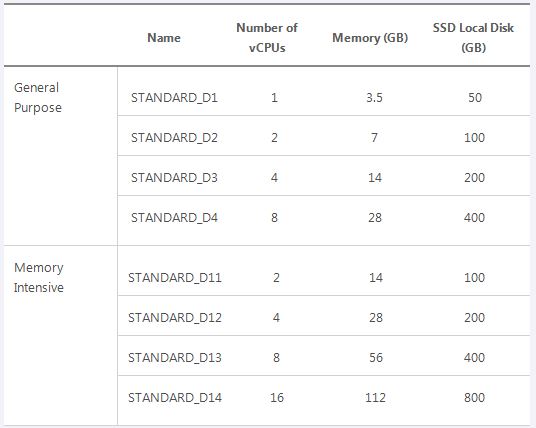 Through December 31, 2014, the prices for Standard D-Series Virtual Machines will be charged at US South Central rates for all regions. Microsoft are currently offering promotional pricing and any future price increases will be announced with 30 days’ notice.