Wireless connectivity is mission-critical, it must be resilient, secure, intelligent and deployable at any scale. 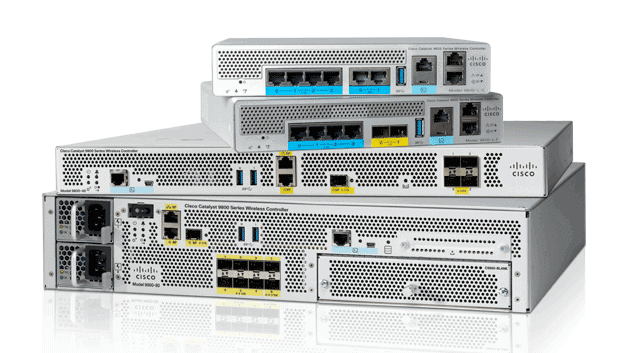 Cisco’s next-generation Catalyst 9800 series wireless controllers meet all those needs for businesses, large, medium and small, they handle a wide range of clients and access points. Now with the introduction of the 9800L, there’s a controller specifically designed for small and medium campuses as well as distributed branch deployments, the 9800-L builds on the heritage of Cisco’s 2504 and 3504 wireless controllers running the most modern and modular operating system, iOS XE, which provides high availability, scale and programmability. 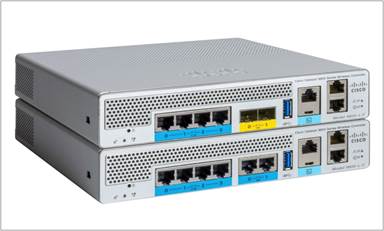 This small yet powerful 9800-L is completely consistent with the 9800 families, it’s circuit boards, heatsink and fans are all state-of-the-art; there are four 2.5 Gig or one Gig ports to 10 gig or M-gig copper or fibre ports, a USB 3.0 port, a console and an SP and RP port. For each wireless controller there’s a single power supply, the 9800-L has the same features and supports the same modalities as the larger controllers in the 9800 series, aireOS innovations and the iOS XE platform combined to create a powerful controller, featuring open standards programmability with model-driven telemetry, there’s full support for NetFlow, AVC and encrypted threat analytics.

Since the 9800-L supports upgrades and seamless updates with zero downtime, it’s always up! These features became a reality with innovations introduced in the catalyst 9800 platforms, like intelligent rolling AP upgrades, AP Service Pack for vulnerabilities and fixes and AP device pack for new AP hardware to join the network without disruption

With a Cisco Catalyst 9800-L, it’s possible to fix defects and security issues without the need to requalify a new release and provide time-sensitive fixes to critical issues discovered in the network, perfect for a wide range of enterprise commercial and retail businesses, the 9800-L wireless controller serves 250 access points and 5000 clients, with five gigabits per second of throughput.

As with all 9800 wireless controllers the 9800-L offers seamless roaming with existing AireOS platforms, what’s more, the 9800-L built-in security features detect encrypted threats with encrypted traffic analytics, provide automated macro and micro-segmentation with SD access, and because the 9800-L can be deployed anywhere, it’s easy to scale as you grow.